Chester-le-Street in Bloom brings together environmental initiatives which, over the years, have encouraged impressive horticultural displays and important environmental improvements. The group's aim is to create a better and more attractive place in which people can live, work, visit and play.

Durham City's participation in both national and regional In Bloom competitions in 2021, will go ahead in a slightly changed format and in line with Government guidelines at the time. More information will be announced in June.

This year Chester-le-Street took will take part in the Large Town category of the Royal Horticultural Society Northumbria in Bloom competition and was awarded a silver gilt accolade.

If you, your school, business or organisation would like to get involved with Chester-le-Street's In Bloom campaign, please contact us.

The new Chester's Best competition encourages environmental improvements in Chester-le-Street and surrounding areas. The competition also contributes towards the town's entry into Northumbria in Bloom.

Residents, groups, organisations and schools, within the competition area, can enter to showcase their gardens, horticultural schemes, floral displays, hanging baskets or planters.

Chester-le-Street's In Bloom bid is supported by the following organisations:

Chester-le-Street is a market town, most famous for its international cricket ground, Durham County Cricket Club, and Lumley Castle. With something for everyone, including a splashpad, it's no wonder Chester-le-Street Riverside Park attracts thousands of visits, per year, from all over the region.

The town also played its part in history as not only was the Bible translated first here, it was also the resting place of St Cuthbert for 112 years. 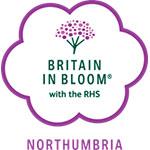