An action-packed summer of entertainment at Gala Durham

Olivier Award winning opera, high profile stand-up comics and fire-breathing family fun are just some of the highlights on offer at Gala Durham this summer.

The Durham City venue, which we operate, will welcome award-winning musical comedy duo Flo & Joan arrive on Thursday 19 May armed with a piano, percussion, songs and comedy in their latest show, Sweet Release.

The venue's monthly The Comedy Store will also return on Sundays (1 May, 5 June, and 3 July) with a line-up of the brightest and boldest in stand-up comedy, while a host of well-known comedians are set to entertain a full house throughout May as Stewart Lee (Saturday 7 May), Josh Widdicombe (Saturday 21 May), Sarah Millican (Wednesday 25 May) and Gyles Brandreth (Saturday 28 May) take to the stage.

A range of music, drama and regional stories 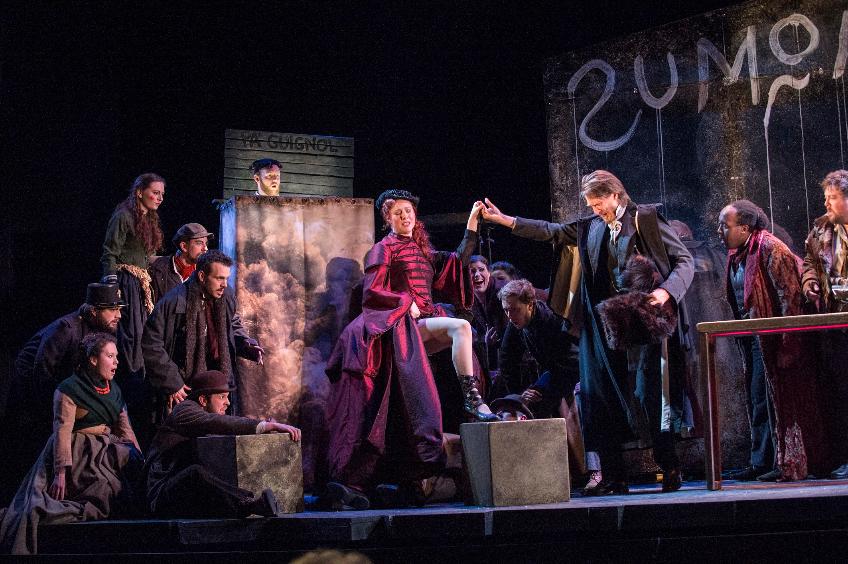 Opera fans can enjoy two classics from Olivier Award winning English Touring Opera. On Monday 9 May, the company will present their much-praised production of Puccini's story of young love, La Bohème, followed by The Golden Cockerel, the final and favourite opera of Rimsky-Korsakov, on Tuesday 10 May.

Capturing Nick Cave and Warren Ellis' exceptional creative relationship on film, This Much I Know To Be True (Wednesday 11 May) documents the first ever performances of their last two studio albums, Ghosteen and Carnage, on the big screen.

NT Live then returns on Thursday 21 July when Jodie Comer makes her West End debut in the UK premiere of Suzie Miller's award-winning play, taking audiences to the heart of where emotion and experience collide with the rules of the game in Prima Facie.

There are regional stories for audiences too. Co-commissioned by Gala Durham and Queen's Hall Arts Centre, A Way Home (Tuesday 7 June), shares the story of County Durham's Category D villages with humour, tenderness and grit.

Meanwhile, Hadaway Harry (Saturday 11 June), tells the true story of Harry Clasper. The moving and humorous play follows his journey from a working-class pitman in Jarrow to rowing champion of the world and the man the Blaydon Races was written for.

Fun for the whole family

There's plenty for families to enjoy too as Little Angel Theatre brings a blend of physical performance, puppetry, live music and song in a magical adaptation of Eileen Browne's Handa's Surprise (Saturday 11 and Sunday 12 June).

Zog and the Flying Doctors lands with a crash-bang-thump from Friday 17 to Sunday 19 June, based on Julia Donaldson and Axel Scheffler's bestselling sequel.

Younger generations can also enjoy a new take on some classics. There's the beautiful reimagining of The Secret Garden (Saturday 25 June) featuring brand new folk songs. Meanwhile, Kitchen Zoo present an interactive suitcase story for the under fives and their grown-ups with live music and puppets inspired by Aesop's fable of the same name in The Tortoise and the Hare (Tuesday 9 August).

And, its history with the nasty bits left in on Wednesday 10 and Thursday 11 August as Horrible Histories: Terrible Tudors promises to take families from the horrible Henries to the end of evil Elizabeth I.

'A diverse line-up of shows'

Cllr Elizabeth Scott, Cabinet member for economy and partnerships, said: "We have such a diverse line-up of shows at Gala Durham this summer. With something to offer every age and taste, visitors have much to look forward to and we can't wait to welcome them.

"We are committed to ensuring our residents and visitors have access to a wide range of culture, stories and performances. It is a key part of our bid to be named UK City of Culture 2025, as well as our wider commitment to culture-led regeneration. We hope everyone enjoys their visit this summer and that it helps to inspire a greater love of culture in the future."