Schoolchildren are encouraging people of all ages to add to their list of cultural experiences to enjoy in County Durham before 2025. 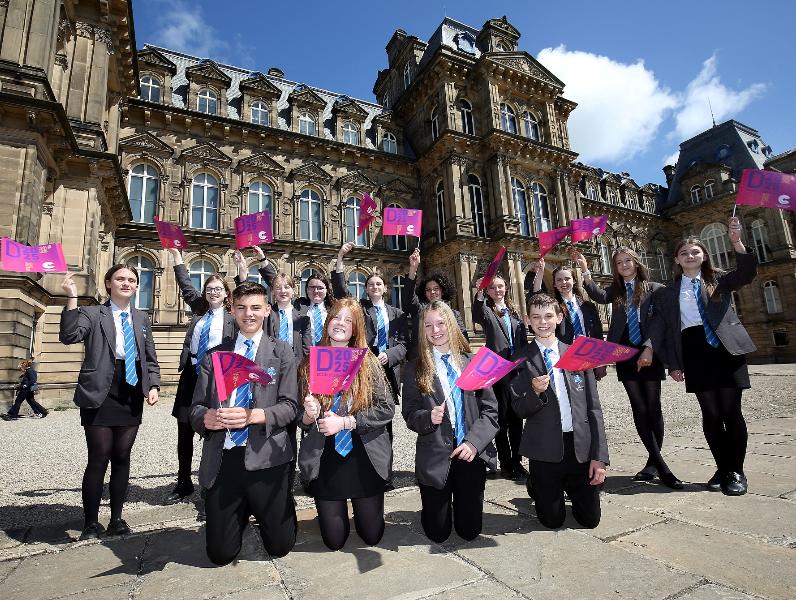 Consett Academy pupils outside of The Bowes Museum

Engaging with children and young people is a key focus of County Durham's shortlisted bid to be UK City of Culture 2025, with youngsters at Consett Academy showing their support by coming up with a list of 25 things to do in the area.

The pupils have been working with the Stanley-based participatory arts organisation The Forge on the project, which culminated in a trip to one of their chosen attractions, The Bowes Museum in Barnard Castle.

Thirty Year 8 and 9 pupils attended the award-winning museum on a special Durham 2025-branded Go North East bus. Only three of the children had visited The Bowes Museum before and the attraction's education team pulled out all of the stops to make it a day to remember.

As well as enjoying a tour of the French chateaux style building and its fascinating collections, the children were treated to a silent disco in the picture gallery. They also took part in arts and crafts activities and were accompanied by an actress portraying Josephine Bowes, the French collector who founded the museum in the 19th century.

The children's list of 25 cultural experiences has been designed into a poster. Highlights include soaking up the sights and sounds of Durham Miners' Gala; taking a walk on the wild side at one of the county's many forests; relaxing in the park or the Botanic Garden; visiting a gallery or artist's studio; and trying locally sourced produce at a farmers' market or food festival.

The Durham 2025 team and the schoolchildren are keen to find out what would feature on other people's lists and are encouraging the public to post their suggestions on social media using the #Durham2025 hashtag. 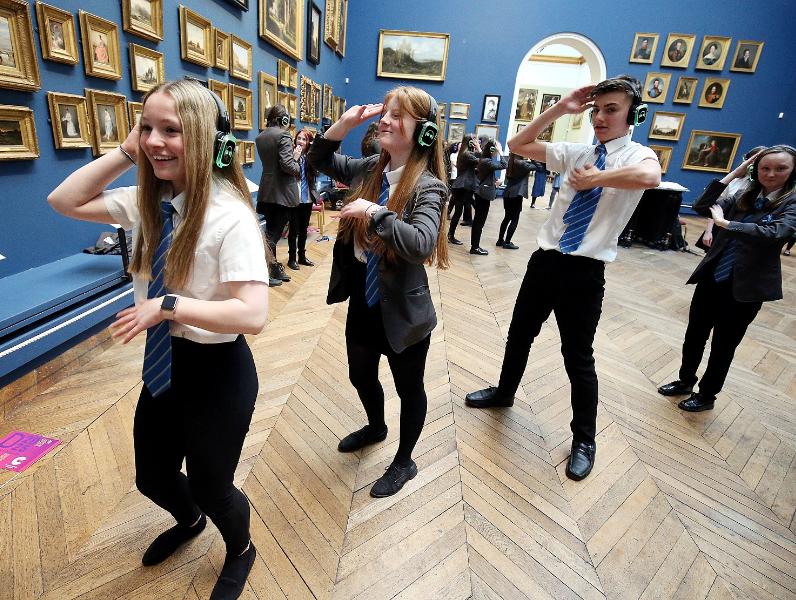 Fiona Dodd, head of music at Consett Academy, said: "Our county has so many unique places to celebrate culture. Creating memorable and significant experiences for our young people is crucial in their development, their sense of community and appreciation for their own heritage."

County Durham's bid to be UK City of Culture 2025 is being driven by the council, Durham University and Culture Durham, a partnership of more than 20 cultural organisations from across the county, including The Bowes Museum.

Tony Harrington, chair of Culture Durham and executive director of The Forge, said: "We've been working with Consett Academy for some time now and were delighted when the pupils came up with the idea of listing 25 cultural experiences to do in County Durham before 2025. Young people are very much at the heart of our bid to be UK City of Culture 2025 and we want to involve them every step of the way.

"I'm thrilled they had such a great day at The Bowes Museum and would like to thank the staff and volunteers there for making it such a memorable experience. I would also like to thank Go North East for transporting the children in style and the hundreds of other businesses, cultural venues, organisations and individuals who have backed the bid."

Hannah Fox, director of The Bowes Museum, said: "It was a pleasure to be chosen as the venue the students wanted to visit and to see them enjoy their time in the museum so much.

"The scope and ambition of Durham 2025 is just fantastic and as the only county-wide finalist we have a unique opportunity to be part of it. To win would bring such a massive boost to the whole area in so many different ways."

In March, County Durham was one of just four locations to make it to the shortlist for UK City of Culture 2025. The winner is due to be announced later this month.

Securing the prestigious title would create thousands of jobs, boost the creative and visitor economies by millions of pounds, empower residents and help to improve community wellbeing. It would also raise the county's national and international profile, helping to ensure the benefits are felt for generations to come.