Two men from County Durham have been ordered to pay more than £1,000 each over separate fly-tipping related offences.

We have successfully taken legal action following incidents of fly-tipping at an allotment in Langley Park and Bishop Auckland Rugby Club.

Waste dumped at an allotment 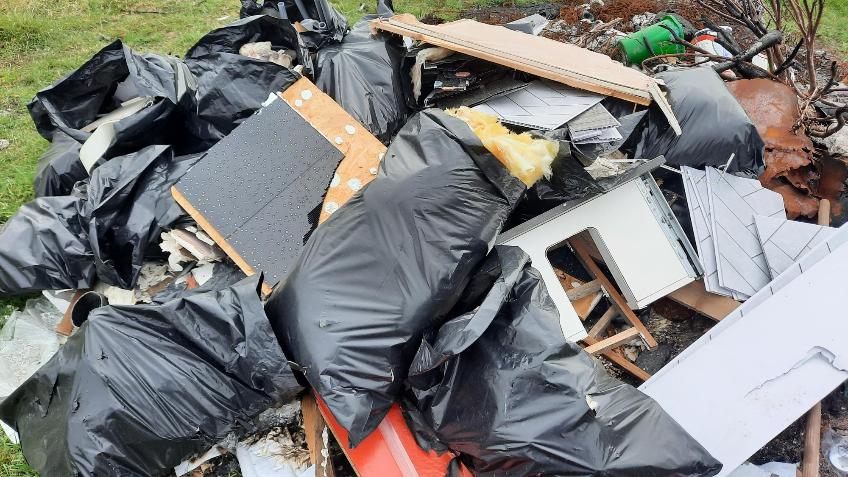 Some of the waste dumped at the Langley Park allotment

The first case followed a large amount of household waste, including a tub chair, broken furniture and other pieces of broken timber being dumped at the Langley Park allotment on 17 March this year.

CCTV cameras were in place at the site, with footage showing the waste being dumped from a van.

Checks identified the owner of the van as David King, of Davis Crescent in Langley Park.

The 37-year-old pleaded guilty to fly-tipping at Peterlee Magistrates Court. In mitigation, he told magistrates that he thought the land was owned by a friend and that he had permission to use the land to deposit waste. However, he admitted that he should have taken further steps to check this.

'No excuse for fly-tipping'

"Hopefully, this case in particular also serves as a reminder to everyone that their waste is their responsibility. There are many ways of disposing of waste correctly across the county - whether that be household waste recycling centres or booking a bulky waste collection. There is no excuse for fly-tipping and we will continue to support our communities in tackling it."

Failure to assist with an investigation

Meanwhile, in a separate case at Peterlee Magistrates, Nathan Robinson, of Bishop Auckland, was found guilty of failing to assist with an investigation into a fly-tip at the entrance to the town's rugby club.

Wardens found several bags of household waste at the site in November last year and evidence found in the bags linked the waste to Robinson, of Surtees Street.

A council tax check confirmed the defendant lived at that address but the 22-year-old failed to respond to a letter and failed to attend an interview as part of the investigation.

For more information on, and to report fly-tipping, visit our Flytipping page.