A man has been ordered to pay more than £1,100 after a large fly-tip caused damage to the County Durham environment.

We took legal action against Keenan Samme after waste was dumped at the entrance to Gurney Valley, near to Coundon Grange in February last year.

Having received a report of a fly-tip, officers were able to check for CCTV footage, which showed a tipper vehicle fully loaded with waste reversing into a gated entrance to the field.

Causing damage to the local environment

A man was seen exiting the passenger seat, moving to the back of the vehicle and opening the tailgate. The van is then caught on camera moving off with its rear still up, deliberately causing waste to fall into the road despite other road users passing by. 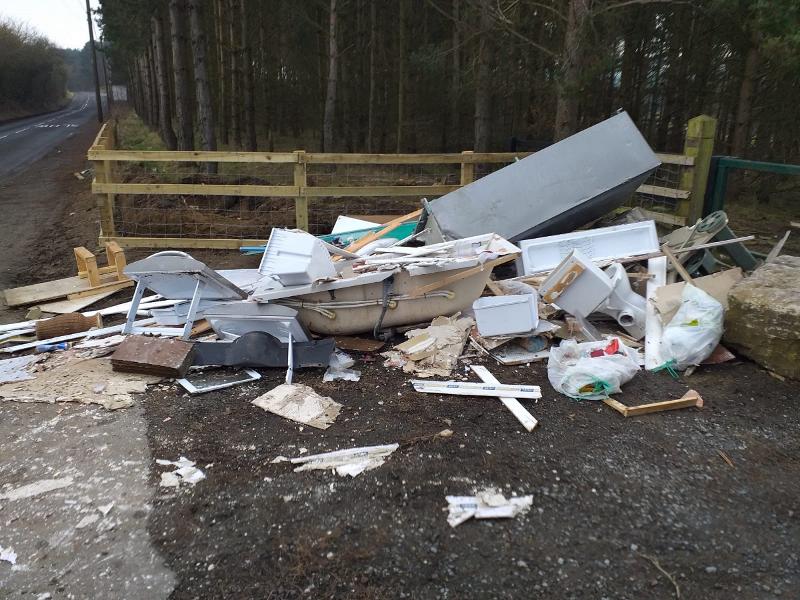 The waste dumped at the entrance to Gurney Valley, near to Coundon Grange last year.

The driver of the vehicle was identified as Samme, of Weardale Walk, Shildon, and the van was later seized by the council.

At Peterlee Magistrates Court, the 24-year-old admitted to fly-tipping. Speaking on Samme's behalf, his solicitor said he was told by a senior colleague to dump the waste as soon as possible following a spring breaking on the van.

Magistrates were concerned by the significant fly-tip, which also dumped onto the nearby footpath and road, damaging the local environment.

Ian Hoult, our neighbourhood protection manager, said: "Fly-tipping can cause serious damage to our environment and will not be tolerated in County Durham.

"We know it is an issue that causes concern to our communities and we are committed to taking action against anyone responsible in order to protect our area. We hope this prosecution serves as a reminder to everyone that their waste is their responsibility and that it must be disposed of correctly."

For more information on, and to report fly-tipping ,visit our Flytipping page.