DLI research, study and education is open for appointments only on the week of 19 December.

Find information on the history of the Durham Light Infantry (DLI) Regiment.

The story of the DLI begins in 1758, when General John Lambton of County Durham first raised the 68th Regiment of Foot as part of the British Army.

50 years later, the 68th was chosen to become a new light infantry regiment - with better trained and equipped soldiers - and was sent to fight in Wellington's Army in Portugal and Spain. There the Regiment won its first Battle Honours.

Later the Regiment fought in the Crimean War and in New Zealand. During these campaigns, three Durhams were awarded the Victoria Cross - John Byrne, Thomas de Courcy Hamilton and John Murray.

In 1881 The Durham Light Infantry was formed and soon saw action in Egypt and against the Boers in South Africa. 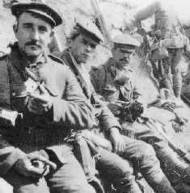 During the First World War - the Great War - 1000s of volunteers from the mines, shipyards, farms, shops, schools, offices and industries of County Durham joined the DLI. By 1918, the Durhams had raised 43 battalions - like the Durham Pals - with 22 seeing active service overseas - on the Western Front, in Italy, Egypt, Salonika and India.

The DLI fought in every major battle of the Great War - at Ypres, Loos, Arras, Messines, Cambrai, on the Somme, in the mud of Passendale and in the final victory of 1918.

Some 13,000 Durhams died on these battlefields, with thousands more wounded, gassed or taken prisoner.

During the Second World War, nine battalions of the DLI fought with distinction in every major theatre of the War - from Dunkirk in 1940, to North Africa, Malta, Sicily, Italy, Burma and in Europe from D-Day to the final defeat of Nazi Germany in 1945. Casualties during the Second World War were far lower than in the Great War but in several fierce battles at Arras, Mareth, Primosole Bridge and Kohima, the Durhams suffered heavy losses.

In Belgium in May 1940, Richard Annand, 2nd Battalion DLI, became the very first soldier of the Second World War to gain the Victoria Cross. 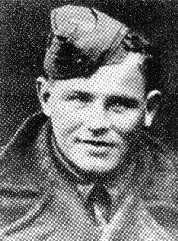 Whilst in June 1942 in North Africa, Adam Wakenshaw of Newcastle upon Tyne was awarded a posthumous Victoria Cross fighting with the 9th Battalion DLI in North Africa. His anti-tank gun is part of the DLI Collection and on display at the DLI Research and Study Centre.

War on the home front

Meanwhile, whilst the soldiers of The Durham Light Infantry fought their battles overseas, the people of County Durham fought their own war on the Home Front not simply against bombers but against hunger, cold and fear. This war was fought by Air Raid Wardens, Land Girls, Munitions Workers, Bevan Boys, Home Guards, Auxiliary Firemen, plus mothers and children and all the other people who lived and fought on County Durham's Home Front, 1939-45.

After 1945, The Durham Light Infantry was reduced in size until only the 1st Battalion DLI remained.

In 1952-53, 1 DLI fought as part of the United Nations forces in Korea in conditions almost like those of the trenches of the Western Front. Many of these young Durhams were National Servicemen.

The 1st Battalion DLI later served in Cyprus and was based in Berlin in 1961, the time when the Berlin Wall was built. In 1966, the Durhams fought their last campaign and suffered their last casualties in the jungles and mountains of Borneo.

Joining together to form The Light Infantry - 1968

Finally in 1968, whilst the battalion was serving in Cyprus, it was announced that The Durham Light Infantry would join with three other county light infantry regiments to form one large Regiment - The Light Infantry.

In Durham Cathedral on 12 December 1968, the Durhams paraded their Colours (flags) for the last time. After 200 years of history, County Durham's own Regiment was no more.

The Golden Thread - The Rifles

DLI history on a timeline

Find out more about the regiment's history on our Durham Light Infantry historical timeline page.