We support the following annual campaigns to raise awareness of and end domestic violence.

We are working with a range of partners across the county to help reduce the amount of domestic abuse that takes place during the FIFA Men's World Cup competition. 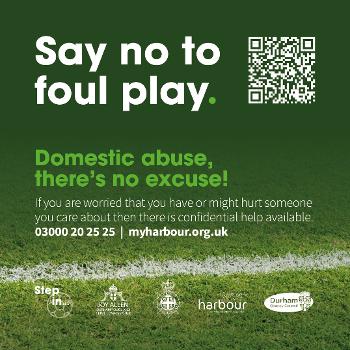 The campaign focuses on those who already commit domestic abuse, or feel they may be likely to and encourages them to get confidential help.

It is based on evidence suggesting incidents are higher during football tournaments, especially when England play on a weekend date. During the 2018 World Cup, reports of domestic related incidents reached a peak of 73 reports in one day during one of England's matches. This was an increase from a daily average of 51 domestic related incidents during July and August in 2017, a summer when the World Cup was not taking place.

This takes place every year on 25 November, and falls on the first day of 16 Days of Action Against Domestic Violence. The campaign encourages people in their communities, organisations and workplaces, to come together, and say 'no' to violence against women.