A County Durham man has been ordered to pay more than £650 after pleading guilty to two fly-tipping related offences.

We took legal action against Steven Laverick after controlled waste was dumped on land at Sunflag Park, Belmont Industrial Estate, in Durham.

The fly-tip took place in October last year and was carried out by two men, from a tipper van.

Checks identified that the vehicle was both registered to and insured by Laverick, of Broad View Villas, Sherburn Village.

Failing to assist with the investigation 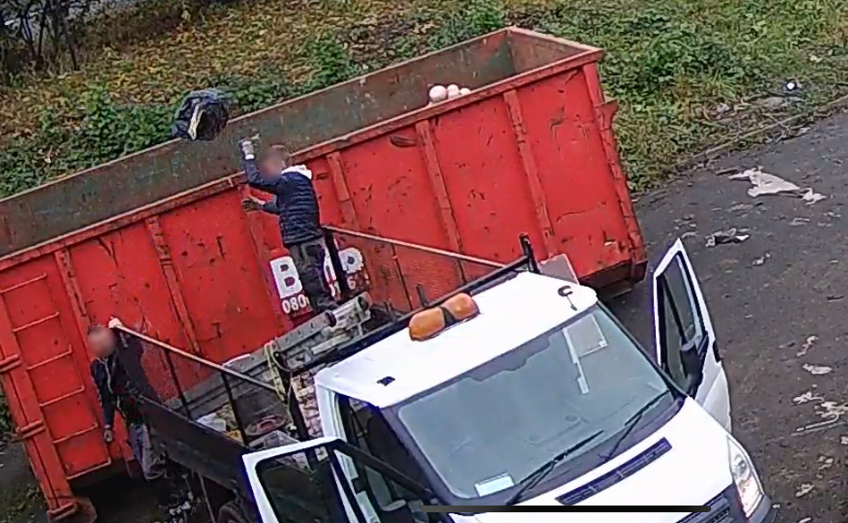 The waste being dumped in October last year

When contacted by us, the defendant agreed to attend a formal interview in February of this year. However, he cancelled on the day and failed to attend a further interview without providing an explanation for his non-attendance.

His failure to co-operate with the investigation meant that we were unable to identify those involved.

At Peterlee Magistrates Court, 43-year-old Laverick pleaded guilty to depositing the controlled waste and failing to assist with enquiries.

In mitigation, he claimed he was working at a nearby factory and was told by people working there that he could deposit the waste. He agreed he did not have the authority to leave it in the site's skip, which wasn't available to members of the public.

Ian Hoult, our neighbourhood protection manager, said: "With many ways to dispose of rubbish correctly across the county, there is no excuse for the illegal dumping of waste.

"People can take items to one of our household waste recycling centres, book a bulky waste collection, or even donate items which are in good condition to one of our re-use schemes.

"We hope this prosecution serves as a warning that we take fly-tipping very seriously and will always take action against those responsible."

For more information on, and to report fly-tipping ,visit our Flytipping page.